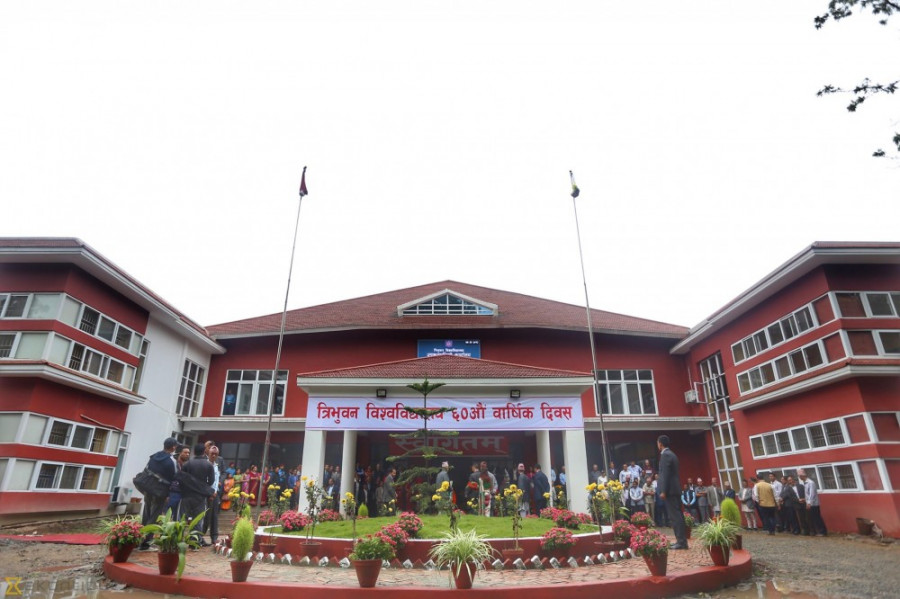 Set up in 1959, Tribhuvan University (TU) is a pioneering institution of higher education in Nepal. Named after the late King Tribhuvan, TU is situated in Kirtipur, a small ancient town located five kilometers away from downtown Kathmandu. Following the recent second democratic movement Prime Minister of Nepal has become the Chancellor of the University while Minister of Education and Sports is the Pro-Chancellor. Vice Chancellor is the principal executive of the university, who is assisted by Rector in academic programs and Registrar in financial management and general administration. Tribhuvan University, a non-profit autonomous institution, is financed mainly by the Government of Nepal.

TU has institutional linkage with more than 113 universities and institutes around the world. His Majesty King is the Chancellor of the University. The Pro-Chancellor is the Minister for Education. The Vice-chancellor is the principal administrator of the University. T.U. caters for well over 142,924 (including Ph.D.) students through approximately 5,967 Teaching, 2,189 Administrative, 2153 Technical and 2720 Utility staff. The central office of T.U. is at Kirtipur, Katmandu.