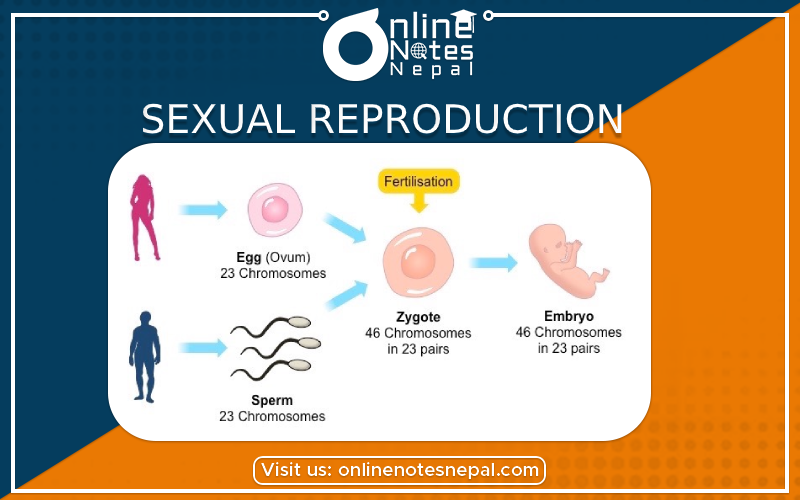 Sexual reproduction is the production of a new organism from two parents by making use of their sex cells or gametes. The process of fusion of sperm & ovum.

In plants, flowers are the reproductive organ. The anther of the flower produces pollen grains (male gamete) and the ovary produces ovule (Female gamete). When anther is matured, pollen-grains are released and they are transferred into the stigma of gynoecium with the help of different agents. Pollen grains from stigma move towards the ovary through pollen tubes where male and female gamete fuses in the ovary. This process of fusion is called fertilization. Then, the zygote gets divided by mitosis cell division and develops into embryos which ultimately develop into new plants under favorable conditions. 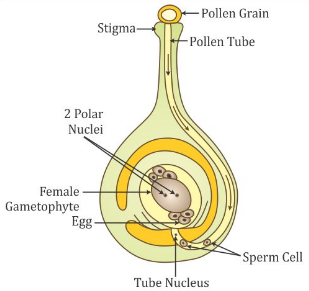 Sexual reproduction is the production of a new organism from two parents by making use of their sex cells or gametes.

In multicellular animals, the male produces sperm and the female produces the ovum. The process of fusion of sperm and ovum is called fertilization. During the process of fertilization, the fusion of male and female gamete takes place as a result of which zygote is formed after meiotic cell division. For example, a human reproductive cell contains 23 chromosomes in a male gamete and 223 chromosomes in a female gamete. After the fusion of male and female gamete, these chromosomes combine to form 46 and a zygote is formed. The embryo is formed from the same zygote and develops into a baby after a certain period. 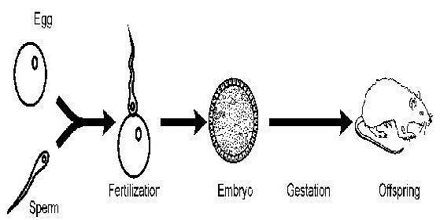