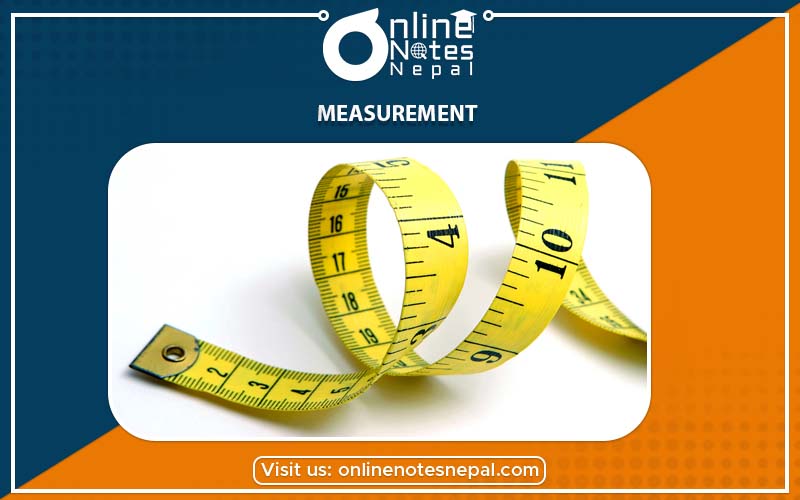 Measurement plays an important role in our everyday life. A good measurement is essential for every action we perform. For example, a tailor measures our body and body parts for the better fitting of clothes. Similarly liquid commodities such as oil, milk, etc are measured with the standard measuring vessels to get their exact volume for their marketing purposes or so. Land is sold or purchased by its area measurement. The body temperature of a patient is measured with the help of a thermometer. In the same way we need to know the proper measurements of different aspects of the objects such as the length, area, volume, or the weight of a solid etc, to run our daily life smoothly. The physical quantity refers to the measurements of the mass, length, area and volume of an object. We need different instruments to measure various physical quantities. Diagrams of some measuring devices are given below.

Long time back, before the existence of the bureau of measurement in our country, people used to measure the length with the help of the individual's arm length, which naturally differs from individual to individual. The smaller demunitive length is measured in "Bitta", etc. These measurements simply give the approximate idea of measurement of length. The grains and volume of the liquid is measured in terms of mana, pathi, muri, etc in some areas. Though the bureau of Nepal government's standardized measurements of manna, pathi, or dharnee is reliable, this system is not followed all over the country. In Terai region, another system as maund, ser (tola), chhatak, etc was in common use. It is quite difficult to relate different systems 2 Science and Environment, Class - 6 of measurements with one another. At some region in our country the local people consider 5 pau=1 ser, where as at some other place they consider 4 pau=1 ser. This is a quite confusing state to deal with. With time there were some improvement in the measuring system. The length was measured in terms of inch, foot, yard, mile, etc. The weight of a substance in terms of standard dharni, ser, chhatak, pau etc. But again there lies the difficulty of converting this from the higher unit to the lower one and vice-versa, for it needs a certain mathematical table. Thus the need of the international standard measuring system was realized, which is simpler than the existing one.

A standard measurement should indicate the same measurement number all over the place. For example, if any substance weighed a kilogaram in Nepalgunj is taken to Kathmandu, it should remain the same there. It is only possible when the mass used in both places is equal. In another example for international reliability a measurement of 500 metres of cloth measured at Japan, should have exactly the same length in Kathmandu or elsewhere. For this the physical quentities used for measurement all over the world should remain equal. In every measurement of physical quantities, their basic measurements such as the measurements of length, mass and time are considered. Any other measurements will be a combination of any two of them or sometimes a combination of all three of them.

Measurement systems and their Units:

There are mainly three systems of measurements:

One metre is defined as the definite distance between two lines engraved on a platinum iridium bar kept of 0°C at the international bureau of weights and measurements at Savres, near Paris, France. The duplicate copies are called the international prototype metre. Duplicate bars were made and placed in various capitals around the world including in the bureau of weights and measurements in Kathmandu Nepal. The metre scale used all over the country are made as per the duplicate bar.

The standard unit of length is metre.

There are other units which are smaller or bigger than metre. Their relationships are as follow:

Measurement of mass (or weight)

We cannot predict correctly the mass of the object by just lifting it by our hand. It is better obtained from a physical balance. A common physical balance contains two identical pans. In one pan the object Science and Environment, Class - 6 5 whose mass is to be found is kept where as in the other pan, a standard weight is kept. When the two weights on the pans are equal, the beam of the balance becomes horizontal, and the pointer of the balance indicates the zero mark engraved in the horizontal scale in the physical balance.

The Unit of Mass:

The SI unit of time is second. The bigger units of time are minute, hour, day etc

Find the time in second in one day.

i.e when one day is divided into 86400 parts, then one part of it is one second.

In general time is measured with the help of a watch. Different types of watches are shown in the following diagrams.