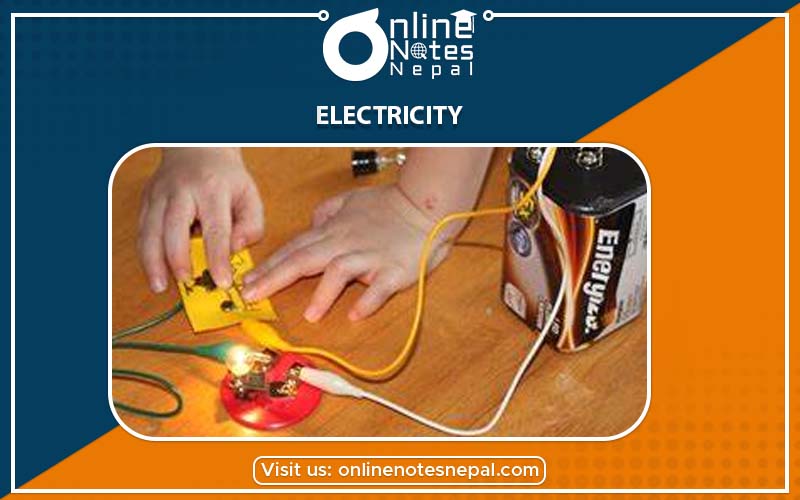 By some specific chemical reaction current electricity is produced in the cells. For example, we have dry cells or simple cells. We get current electricity by the chemical reaction inside them. Dry cells are generally used to operate the tourch light, small transistors, etc. Dry cells are handy to carry as there is no chemical in the liquid form inside them.

Electric generators can produce a large amount of current electricity. Turbine, a component in the generator is rotated at high speed by some external means. The turbine is rotated by the impact of a current of water, or air, vapour,etc. upon the blades of a wheel. The wheel then rotates the shaft of the generator, which produces current electricity. In Nepal, water from a certain high level is let fall on the turbine fans. The stored energy in the high speed running water is used to rotate the turbine and then the shaft, It spins the generatorwhich finallyproduces electricity. Since the river sources originate from the high mountains, at high levels, its huge stored hydroenergy rotates the turbine wheel and shaft, by which we get electricity. In another example a small dynamo fitted in a bi-cycle near its wheel rim can produce electricity of small magnitude. When the dynamo head is made to press against the rotating wheel, the small shaft inside it rotates and electricity is produced. Take two dry cells, two pieces of connecting wires of about 30cm each, a small (3V) electric bulb and a key. Connect the cell circuit as shown in the diagram. When the switch is in "ON" position, the bulb glow. The bulb goes off when the key disconnects the circuit. This is known as the "open" circuit condition. Current flows when the circuit is closed and it stops when it is open. Here the bulb is called as the electric load. Similarly, any other electric equipments which are connected in the closed circuit are the electric loads. To get the current flow the circuit should be closed. The current flows along the path through the connecting wires. The current strength which we get from the supply of electricity board, is far bigger than that obtained from the cells. In such a case the cable wires which are used for different domestic purposes should be well insulated and of good quality. By any cause if the wire insulation weakens. It may turn to be a danger zone. If we happen to touch the bare wire, we might get electric shock, which might often turn to be fatal or sometimes cause house fire.

Semi-conductors are neither very good conductor nor very bad insulator. Silicon and germanium are the two best known semi-conductors. Their conductivity changes on the physical conditions, as their temperature and on the added impurities on them. Pencil lead also works as a semi conductor.