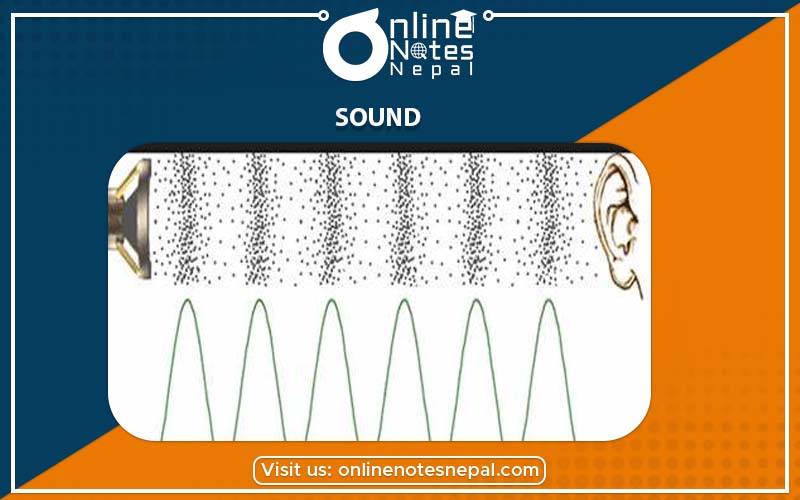 A sound is a form of energy which gives the sensation of hearing. It is produced due to the vibration of a body. Acoustics is the study of sound waves. We hear various kinds of sound in our daily life. The sound is a type of mechanical wave as it requires a medium for propagation. It travels in all directions. We hear a different kind of sound in our daily life. Sound cannot travel in a vacuum. Flies cannot hear sound at all. Sound travels faster in solid than through air. There is no sound in space as there is no object to travel through or for the propagation of sound. Sound energy is not used for electricity as it produces a very low level of energy. When whales communicate with each other underwater, their sound can travel up to 800km in the ocean.

Sound is produced due to the vibration of a body. Every vibrating object is the sources of sound energy. There are various sources of sound energy like radio, guitar, piano, human beings, animals, etc. We are able to hear the different sound because as the sound (vibrations) enters our ear, the ear (eardrum) also vibrates. The vibration of eardrum transmits a sound impulse to the brain through auditory nerve. Sound propagates in the form of a wave. The speed of sound is 767 miles per hour.

Sound needs a medium for propagation. It propagates through air, liquid and solid. Sound propagates in the form of waves. A wave is a disturbance that travels through a medium from one location to another location. Wave motion is the transfer of disturbance from one point to another point with no net transport of the material of the medium itself. Simply wave motion means the disturbance in a medium. The motion of the electromagnetic wave, sound wave, etc. are some examples of wave motion. Depending on the direction of vibration, wave motion is of two types which are as follows,

Speed of sound in different medium

Factors affecting the speed of sound in air

There are various factors which affect the speed of sound. They are given below,