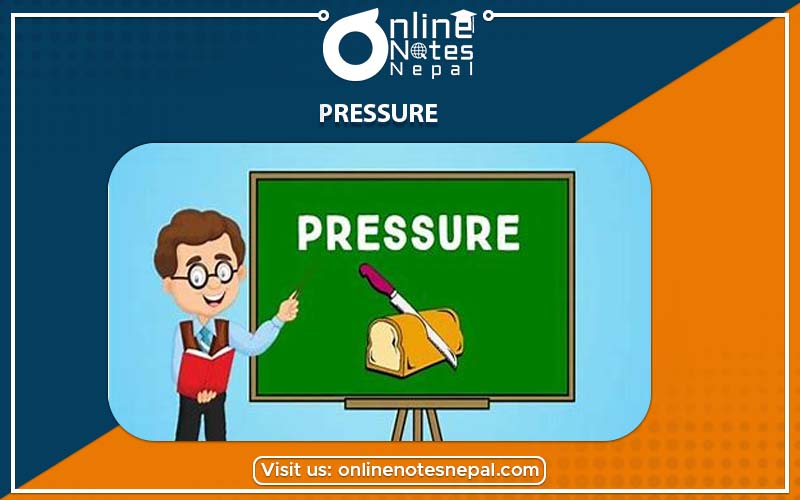 The total perpendicular force exerted by a body on the surface in contact is called thrust. Pressure is defined as the thrust per unit area of a surface. The SI unit of pressure is Pascal (Pa) which is Newton per square metre( N/m2). If ‘P’ is the pressure exerted by a body of area ‘A’ when force ‘F’ is applied then,
P = F/A Pressure plays a significant role in our day to day activities. Sometimes we should increase pressure and sometimes we should decrease it. A drawing pin is broad at the thumb side but sharp and pointed at another end. It is done to reduce pressure at the thumb and to increase pressure on the drawing board. The force of our hand falls over a large area of the drawing pin and produces high pressure on the pointed edge of the pin. The effect of same force on different areas are different.

From the above equation, we can conclude that,