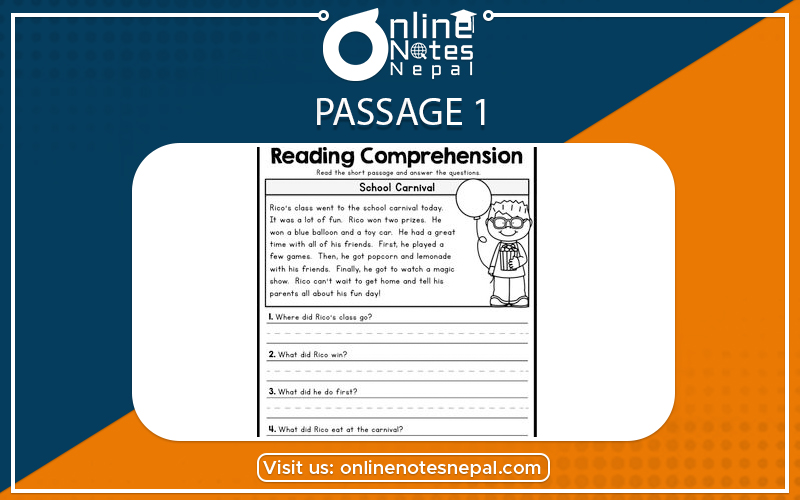 Below is given passage 1, read properly, and have ideas for exercises to solve from the seen passages:

Computers have become a part of modern life. Today's schoolchildren carry around calculating power, which would have filled a large room 40 years ago. Computer scientists are now working on the next generation of computers, ones that will have true intelligence.

What are the parts of a computer? The word 'hardware' refers to the physical parts of the computer. The main parts are the monitor, the keyboard, the mouse, and the CPU or Central Processing Unit, which contains the hard disk. The monitor is also known as the screen or VDU (Visual Display Unit). It looks like a television screen and displays what we do on the computer. It comes in different sizes.

The actual computer i.e. the part that performs tasks we ask it to do is in a unit holding the CPU, memory, and hard and floppy disks. It comes in a rectangular box.

CPU stands for Central Processing Unit. This could be called the brain of a computer. It performs calculations and manipulates data. The keyboard functions like a typewriter. The computer is given commands by typing them on the keyboard. Information is then displayed on the monitor.

The mouse is a hand-held pointing device. By moving the mouse around on a flat surface, a pointer or arrow on the monitor will make corresponding movements. By clicking, holding, and dragging with the mouse various things can be done on the monitor. The hard disk is a fixed device for permanent storage, which stays within the computer. A hard disk is capable of holding tremendous amounts of information, yet it is only a few inches in width and length. A computer also has a floppy disk drive. It is a slot for the insertion of portable disks also known as floppy disks.

Find the words in the passage, which have the opposite meaning to the words given below: