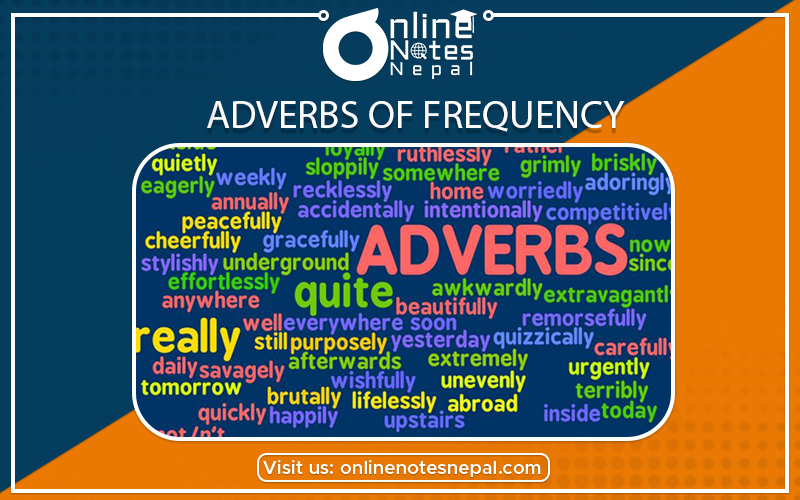 Adverbs of frequency always tell us how often something is done, either indefinite or definite terms which come from the word ending in -ly. They're usually used with verbs in the simple present tense. It typically modifies verbs, or action words, and shows how often an action happens. Indefinite adverbs of frequency, such as 'rarely,' do not specify an exact amount of time and typically come before the main verb in a sentence.

These are called adverbs of frequency and include:

Some people pronounce the 'T' often but many others do not.

The Position of the Adverb in a Sentence

An adverb of frequency goes before the main verb (except with TO BE).

An adverb of frequency goes after the verb TO BE

When we use an auxiliary verb (have, will, must, might, could, would, etc.), the adverb is placed between the auxiliary and the main verb. This is also true for TO BE.

We can also use the following adverbs at the start of a sentence:

BUT we cannot use the following at the beginning of a sentence:

We use hardly ever and never with positive, not negative verbs:

We use ever in questions and negative statements:

We can also use the following expressions when we want to be more specific about the frequency: