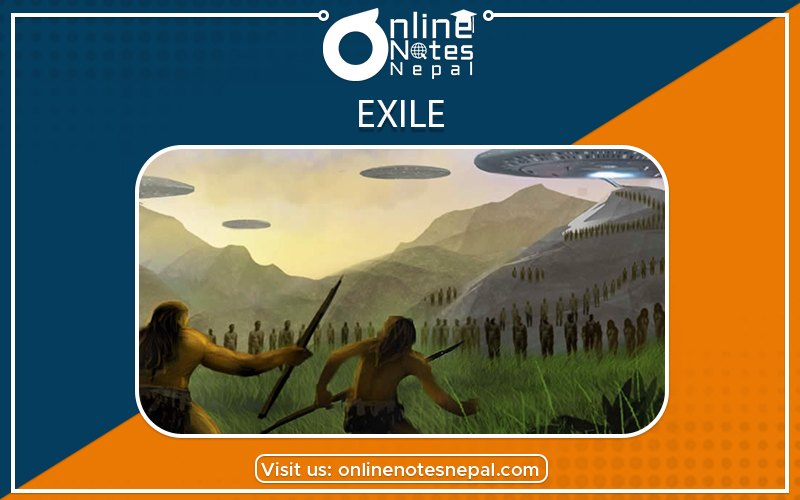 In the poem exile, the poet is trying to depict the cruel state of wild animals that are captured and put in the cage against their will.

My shade is striped

My air is barred

(As it was before;

Only here the bars

Do not bend with the wind.)

My breath is short

My claws are blunt

With long pacing on stone-ground

But I am full of easy meat

I have no appetite.

When the monkeys mock from stone trees

And the buck (soft noses sniffing the air

For the scent they no longer fear)

Come down to the mud less pool to drink-

Only at dusk, I dare to dream

And plotting my return

In the poem exile, the poet is trying to depict the cruel state of wild animals that are captured and put in the cage against their will. Animals love life in the wild. They love freedom and a natural place to survive, but human beings for our pleasure and interest we act against their natural life.

This poem is about a tiger that is being caged in a zoo. He wants to be free. His freedom had been snatched away by man. So he is planning to escape from prison. He is locked inside the bars and there is a problem with the bars as they do not bend with the wind. He has lost the sharpness of his claws due to long walking on the cemented floor. He can smell other animals that he hunted in the wild, but now he has no interest to hunt them as he is supplied with easy meat that gets without hunting. He does not have to hunt animals by hiding, running, jumping and attacking with his sharp claws, and tearing with his sharp teeth. The monkeys tease him, the buck also does not fear his presence there. It is because they know that they are safe and openly drink water from the cemented pool near them. In the evening when it is dark the tiger secretly tries to bend (break free) the iron bars and wants to return to his home as he will not be allowed to do so during the daytime. The tiger is desperate for freedom and wants to return to his natural home for the capacity against his will.

Alan Duff is a British poet. The theme of the poet can be discussed at various levels. At the literal level we have an animal caged in a zoo; comfortable in captivity and only dreaming of being free when nightfall. At the next level one can talk symbolically of a man in bondage but too comfortable to break free his chains. But alone at night, man does dream of being free. Again the title of the poem suggests that the author is away from his homeland and although he is comfortable there, does feel the need to go back, maybe to fight back.