Function and Duties of Office Assistant

Quality or Traits of Office Assistant

Material and Source of Income

Quality and Parts of Good Correspondence

Kinds, Use and Disposal of Records

Types of Company in Nepal

Introduction to Book Keeping and Accounting 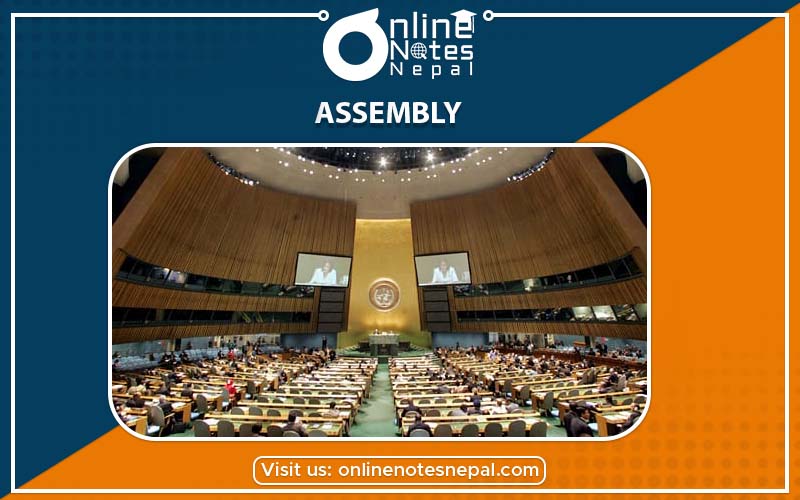 An assembly is the gathering of a large number of individuals. Such assembly is organizing to express the views, opinions and provide information on specific issues which affect the interest of a large number of people. It is organized formally by determining the subject of issues, date, place and time of assembly. In such assembly, few numbers of selected individuals give a speech on the issues and others to listen to them. There is no interaction between the speaker and listener. It is organized to address on important organizational, political, social, economical and cultural issues. It draws the attention of the large people to the current burning problems of the society. Since, the assembly is organized on important issues, the opinions; views and information are communicated to the general people through radio, television, newspaper, etc. Assembly of shareholders of a company, assembly of a political party, assembly of a house of representatives, constitutional assembly, etc. are some of the examples of assembly. The following are the main types of assembly: