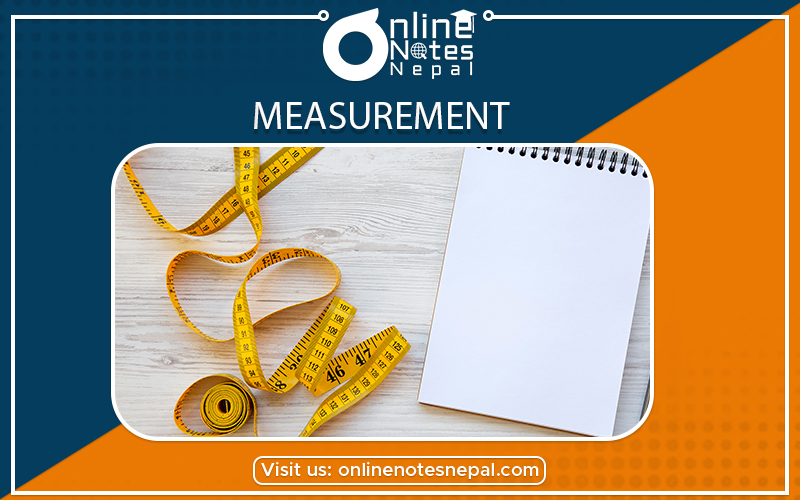 Measurement is defined as the comparison of unknown quantities with known qualities with the known or standard quantity. Have you ever bought daily used materials like rice, sugar, salt, clothes, etc. from the market? Can they sell these things without measurement? Absolutely No. They sell it by measuring in units (for example rice in kilograms i.e. kg). They sell just after measuring all items and give you as required, this is how measurement is deeply applicable in human life every single day.

In almost every school, the bell rings after a fixed period of time (45 minutes) according to the daily class routine. Likewise, the earthquake is measured on the Richter scale. The different physical quantities like mass, volume, length, time, the magnitude of an earthquake, etc. are measured by comparing with some standard known quantities called units. Kilogram (kg), liter (l) meter (m), second (s), Richter scale, etc. are some of the units of physical quantities.

The standard known quantity that is used to measure a physical quantity is called a unit.

The units of the physical quantities have been categorized into two groups. They are:

The unit of mass is the kilogram, the unit of time is second and the unit of length is meter. The above mentioned physical quantities like time, mass, length, etc. have their own existence. Similarly, their units also do not depend upon other units as well as other units of the measurement do not affect them. Such types of units are called fundamental units.

In brief, the fundamental units are defined as:

Those units of measurement which have their own independent existence and do not depend upon other units are called fundamental units.

The fundamental units are shown from the given table:

We can define derived units in the following way.

Those dependent units which are formed by the combination of two or more fundamental units are called derived units.

Some physical quantities, their derived units, and symbols:

A standard system of units

In Nepal, some people still use local units like haat and mana for measurement of lengths and mass. These units may vary from place to place. So, in order to maintain uniformity in the measurement of physical quantities, the following standard units are used:

Why is the SI unit needed? (Importance)