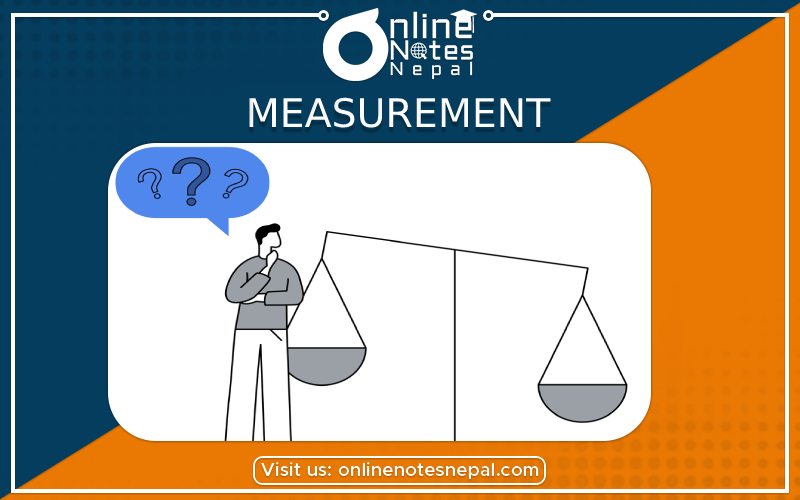 The process of comparison of an unknown quantity with a known or standard quantity is called measurement. The branch of science to study measurement is called metrology.

There are differnt things around us, some are measurable and others are not measureble.

They are of two types:

Here, area depends on length and breadth respectively. So, it is derived physical quantities.

Unit is a known or standard quantity in terms of which other physical quantities are measured. Kilogram, meter, second, etc are units of mass, length, and time respectively.

Meter is a unit because it is used to measure length and value of one meter is known.

Second is a unit because it is used to measure time and value of one second is known.

Kilogram is a unit because it is used to measure mass and value of one kilogram is known.

Those units which are used to measure fundamental physical quantites are called fundamental units.

The units which are independent of other units are called fundamental units.

Those units whcih are used to measure physical quantities are called derived units.

The units which are derived from fundamental units are called derived units. Example; volume(m³).

Unit of area is dervide from fundamental units meter and meter. So, it derived units.

Unit of volume is derived from fundamental units meter, meter, and meter. So, it is derived unit.

Unit of density is derived from fundamental units kg and meter. So, it is derived unit.

Unit of speed is derived from fundamental units meter and second. So, it is derived unit.

The units which are used by certain people of certain locality are called local units. They may vary from person to person, and place to place. For example; of our country, we still use hand span, arm length for the measurement of length, mana, pathi to measure mass, etc.

The system of measurement in which length is measured in foot, mass in pound, and time in second is called FPS system.

The system of measurement in which length is measured in centimeter, mass in gram and time in second is called CGS system.

The system of measurement in which length is measure in meter, mass in kilogram and time in second is called MKS system.

Importance of SI system brings the uniformity in measurement in all over the world.

Length is defined as the distance etween any two points. It's SI units is meter.

One standard meter is defined as the distance between two fine gold lines marked on the platinum indium alloy rod kept at 0°C and 760 mm of Hg pressure in the international bureau of weight and measurement in France.

The duration between any two events if called time. It's SI unit is second.

Time is measured by differnet types of watches such as:

Mechanical watch works on the basis of oscillation of a simple pendulum.

Quartz watch works due to the vibration of quartz crystals.

Atomic watch works on the basis of vibration of cesium-133 atom. It measures time more accurately.

Why is unit of velocity a derived unit?

Thus, unit of velocity depends on two fundmental units i.e. meter and second so, it is derived unit.

Why unit of mass is called funamental unit?

Because it is independent of any other units.

Weight if a body is defined as the force with which the body is attracted towards the center of the earth. It's SI unit is Newton.